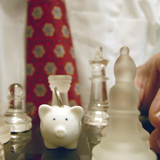 Individual retirement accounts and defined-contribution plans such as 401(k)s let you accumulate funds without paying taxes, but only up to a point. After you turn 70½, you must start withdrawals and pay taxes on the distributions. Fail to make required withdrawals, or take too little, and you’ll be hit with steep penalties.


There’s not much you can do to avoid paying the tax man, of course, and that’s the goal of required minimum distributions, or RMDs—to generate taxable income. But the requirements are complex, and beyond making sure to follow the rules, you could consider strategies that may help postpone or reduce your liability.


The Internal Revenue Service requires you to begin RMDs from tax-deferred accounts by April 1 of the year after you turn 70½. That first distribution actually covers the previous year, and you must make a second withdrawal by December 31. You’ll owe an “excess accumulation tax” of 50% on any part of your RMD you don’t withdraw. 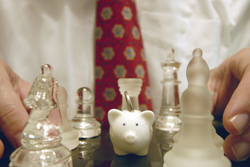 To calculate your distribution, divide your IRA account balance by a figure from IRS Publication 590’s life-expectancy tables. There are three: one for beneficiaries who inherit an IRA; another for IRA owners whose spouse is the account’s sole beneficiary and is more than 10 years younger than the owner; and a third for other married or single owners. Using the third table, an unmarried, 72-year-old IRA owner would find a distribution period of 25.6 years. To calculate her RMD, she would divide her total account balance by that figure. So if the balance is $500,000, she would have to withdraw $19,531.25 the first year. Each subsequent year’s required distribution would be calculated the same way, based on the current account balance and a new distribution figure from the table.


If you have multiple IRAs, you must calculate an RMD for each. But the total required withdrawal can come from a single account or from two or more IRAs. You may decide to exhaust a small account, or you could use the RMD to trim allocations that have grown too large.


Other possible strategies include: 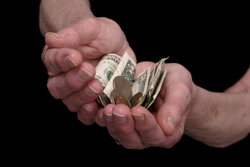 Avoid distribution issues by converting your account to a Roth IRA. Roth IRAs don’t require RMDs, because a Roth is funded with after-tax dollars, and money you do withdraw isn’t taxed. A non-spouse who inherits Roth assets will have to take distributions, but those, too, will be tax-free. If you convert a traditional IRA to a Roth, you’ll owe income tax on the amount you convert, but you’ll avoid taxes on subsequent investment income. And you can continue to contribute to a Roth even during retirement. Through 2009, Roth conversions were restricted to those with an adjusted gross income (single or joint) of less than $100,000. But that ceiling disappeared in 2010.

Weigh the pros and cons of rolling over a 401(k) to an IRA. Employer-sponsored plans such as 401(k)s are subject to the same RMD rules that govern IRA distributions, and IRAs generally provide more flexibility. But there may be advantages to leaving money in a former company’s plan or moving it to a new 401(k), and recent tax law changes leveled the playing field regarding inheritances from the two types of plan.

Split your IRA to ease the tax load on heirs. Non-spouses who inherit IRAs must begin RMDs within a year, with the amount based on their life expectancy (and other factors, including whether the original IRA owner died before or after starting RMDs). If you split a large account into multiple IRAs, and leave one to each child, younger children will be able to take out much smaller RMDs in the early years.

Trusts could help control the proceeds from your retirement account after your death, minimizing tax liability and ensuring your wishes are carried out. But choosing the right trust and structuring it properly can be challenging. We can work with your attorney and your accountant to help you craft your estate plan and manage IRA distributions in a way that fits your financial plan and makes the best use of retirement assets.